Having reached the World Cup semi-final in 2018 and the UEFA Nations League Finals last year in Portugal, there is plenty the English national team has to build on going into the Euro 2020. 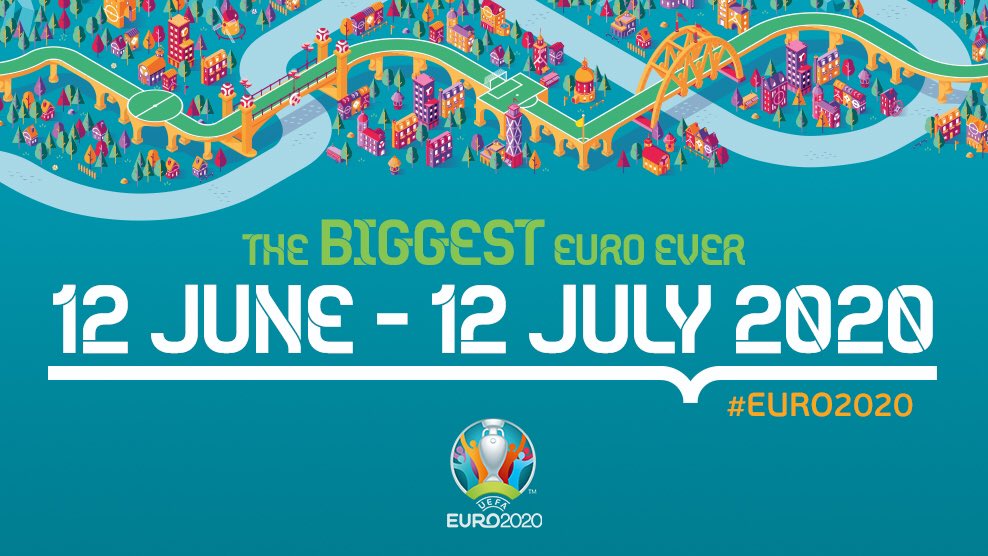 Gareth Southgate has returned the winning mentality into the squad that struggled badly to meet the expectations at most major tournaments in the last decade. England were brutally eliminated by the likes of Iceland at the previous Euro in France. Their journey ended in the last 16 round after a rather slow group stage campaign. England finished their group as runners up to Wales having won just one of three games against the likes of Wales, Slovakia and Russia.

Nevertheless, the team will enter the European Championship’s 16th edition in much higher spirits after recent successes. Four months before the first kick-off, we are rating England's chances of going all the way, discussing the team's main strengths and weaknesses. Below you will find some analysis that might be useful ahead of your Euro 2020 betting on the tournament. 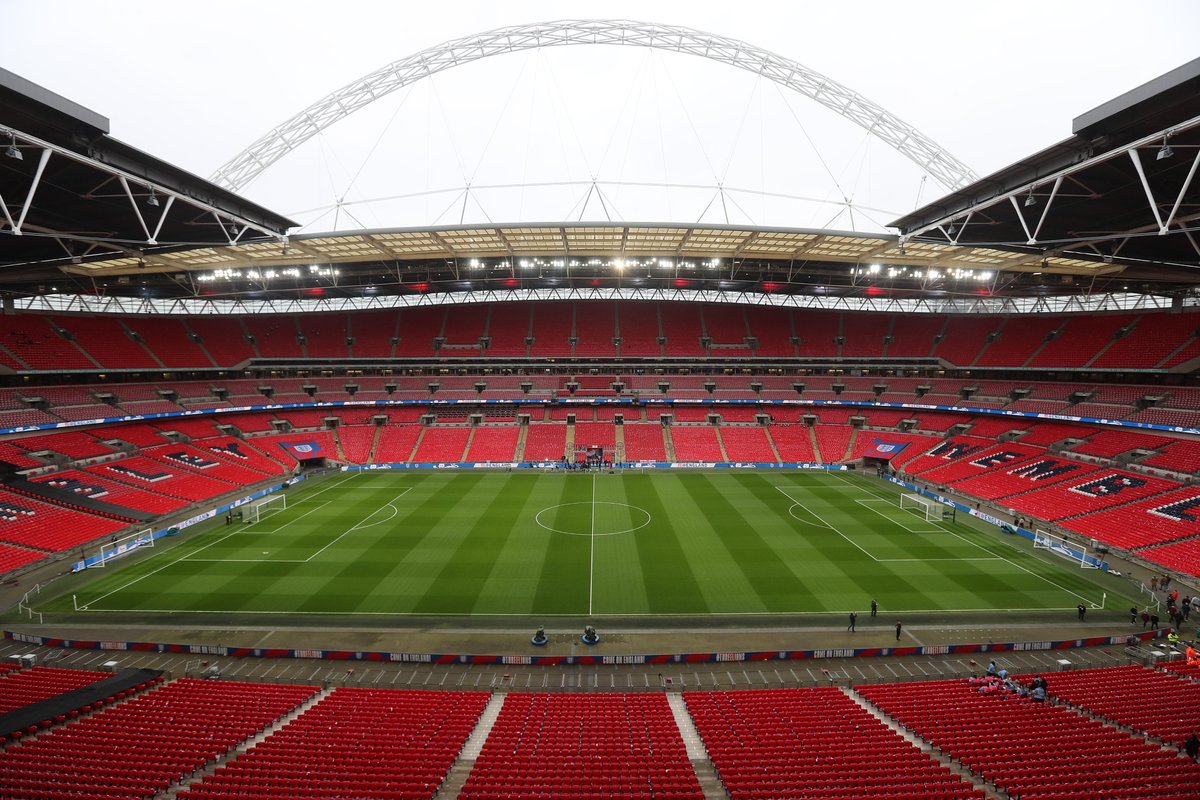 For the first time in history, as many as 12 different cities will have the honour of hosting the Euro 2020 affairs. Since the Wembley is among the 12 venues set to host the matches, the Three Lions will no doubts have a massive advantage. Their edge will be particularly expressed as of the semi-final phase as London play host to the last three (two semi-finals and the final) games of the competition. If Gareth Southgate matches the team’s success from the previous World Cup and leads England to the semi-final, they will no doubts be the main contenders to lift the trophy on the home soil.

England’s boss has forged a strong bond with the fans over the last 18 months and the atmosphere may just carry the super-talented group of players all the way on the occasion. Obviously, with the likes of France, Belgium, Spain, Italy and Germany all in the tournament, England can’t be the main favourites. However, nobody can ignore them as potential contenders based on the most recent results and the home court advantage in the crucial games. 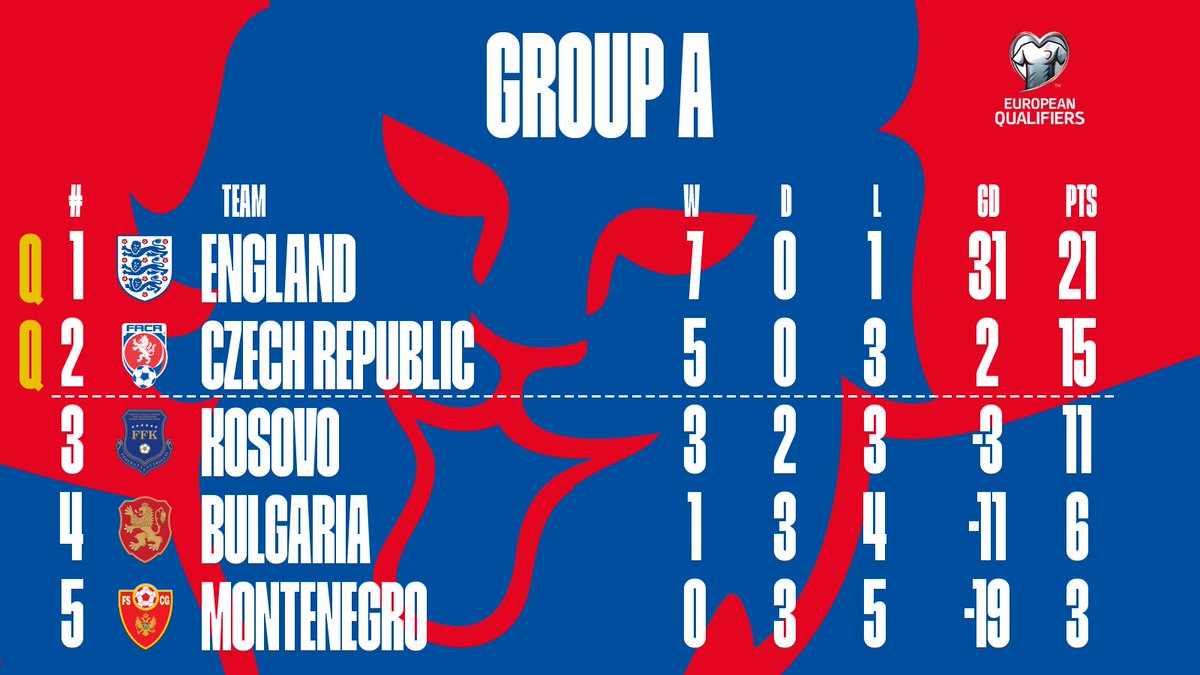 Southgate’s men well confounded their expectations two years ago in Russia, but they backed up such success by making it to the maiden UEFA Nations League Finals last summer in Portugal. The team defeated Switzerland in the battle for the third place back then. The back line made mistakes conceding sloppy goals in a 1-3 loss to the Netherlands in the semi-final of the competition, leaving some questions Gareth needs to find an answer to ahead of the Euro 2020.

England were expected to storm to the very first place in the Euro qualifying group A and they did it in a spectacular fashion. The Three Lions won seven of eight matches netting an amazing 37-goal tally in the process. The lone loss came at the hands of the Czech Republic, 2-1 on the road.

Tottenham’s talisman Harry Kane topped the goal-scoring charts with 12 goals in 8 appearances, while Man City’s Raheem Sterling added 8 along the way. Indeed, the Three Lions have an outrageous attacking trio if you add Man United’s Marcus Rashford to the mentioned pair. The trio has the capacity of tearing any defence apart on their day. Nevertheless, the problems may appear at the back line when the team comes face to face with the likes of France, Belgium or Spain.

The main questions
Southgate’s main task in pre-tournament friendlies will be to bed in the back four. Harry Maguire is safe at the center-back, but who will make his company at the back? John Stones missed most of the season for Manchester City through muscle injury and his form will be rather questionable in June. Tyrone Minks will wait for his opportunity to shine at Wembley and we’d not be surprised to see Southgate giving him a chance to be an important part of the team.

We’ve come to the right-back position. It’s a place where the Three Lions are packed with star names, but who could be the best solution? Trent Alexander-Arnold nailed it for Liverpool in the first half of the season, but he has a somewhat different role in the national team. Trent is forced to be much more defensive alongside Raheem Sterling on the right flank. Atletico Madrid’s Kieran Trippier is also much better in the offensive tasks, leaving Kyle Walker and Aaron Wan Bissaka as potential solutions to best complement Sterling's defensive duties. The left back spot is likely reserved for Leicester City's Ben Chilwell who had a rather successful Premier League journey with the Foxes this term.

Southgate will most likely play one defensive and two attacking midfielders at the center of the park. We won’t know the names before the first match, but wouldn’t be surprised to see Jordan Henderson, James Maddison and Dele Alli there. The attacking trio is reserved for Sterling, Rashford and Kane. The latter two have struggled badly with injuries throughout the season, but are expected to be fully recovered by the start of the competition. 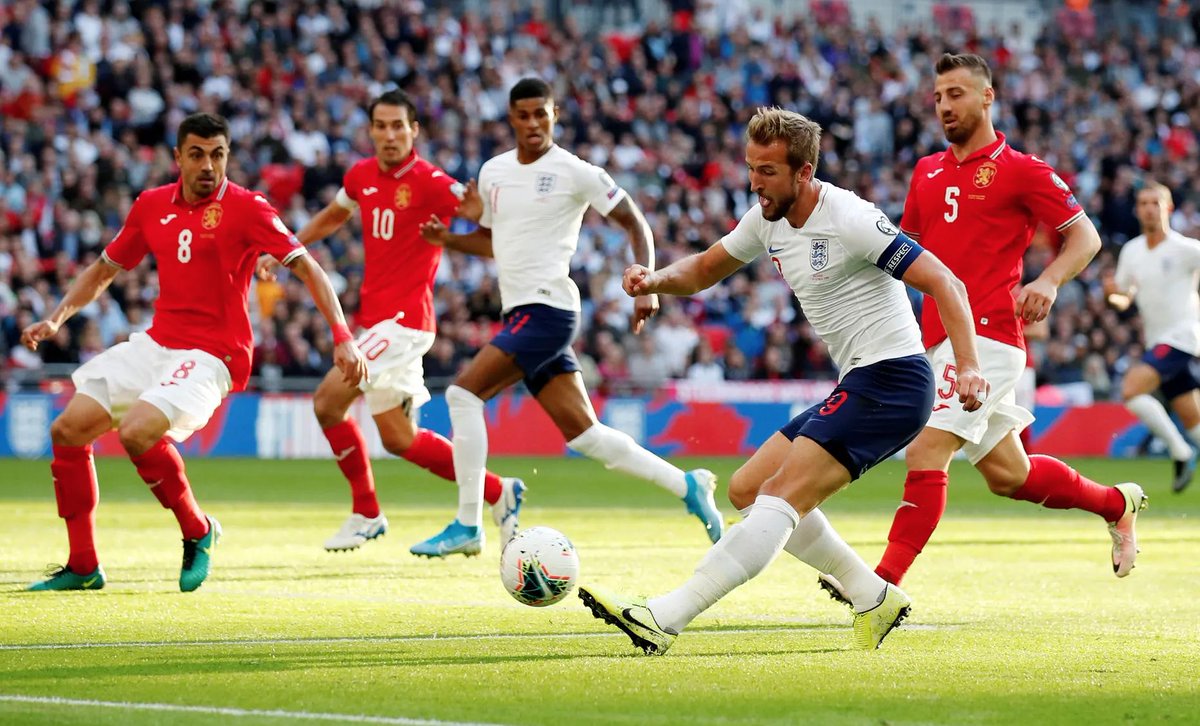 The Three Lions begin their Euro 2020 adventure on June 14th when they take on Croatia at Wembley.