Manchester United manager Olé Gunnar Solksjær has a huge task on his hands deciding who would be the club's first-choice goalkeeper for the rest of this season and ahead of the next one. David De Gea and Dean Henderson are currently two outstanding and world-class shot-stoppers who are both vying to take permanent responsibility between the sticks at Old Trafford and the extent of the competition has made it seem like there's a feud between the two keepers. 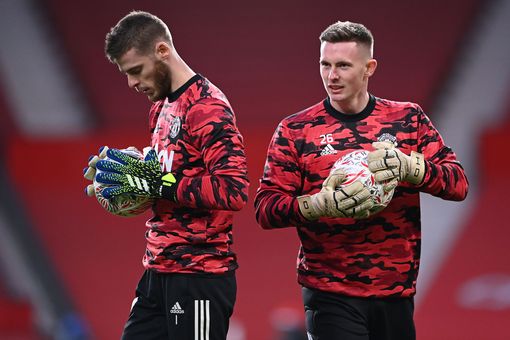 Henderson spent last season on loan at League rivals Sheffield United (his second season with the Blades) and was an excellent player for the club last term. His loan deal eventually expired and United refused to allow him to prolong his stay there by refusing to discuss contract negotiations with the club and decided to call him back instead.

Upon finishing last season as Sheffield's best player, the England international goalkeeper made his intention public that he would like to be the first-choice option between the sticks both at United and at the England national team under Gareth Southgate.

He said he's working towards achieving his goal and he would stop at nothing to make sure he realizes his dreams. After linking up with the United squad at the end of last season, he became the second option behind De Gea who was used largely in Premier League fixtures, with Henderson entrusted with Europa League responsibilities.

In some few games this season in the league, De Gea has been dropped and Henderson has had to take over. Some weeks ago, the former was allowed to travel to Spain for personal reasons and the latter became the first-choice option. Henderson took over the duties between the sticks and was outstanding.

However, De Gea made his return to the lineup in the 2-0 win against Granada. The big question remains: Who will be United's first-choice goalkeeper for next season?