West Ham United attacker Jesse Lingard has been named the Premier League Player of the Month for April 2021 after his impressive form for the Hammers in the month under review. The England international has impressed a great deal since joining the Hammers on loan from Manchester United at the end of January. 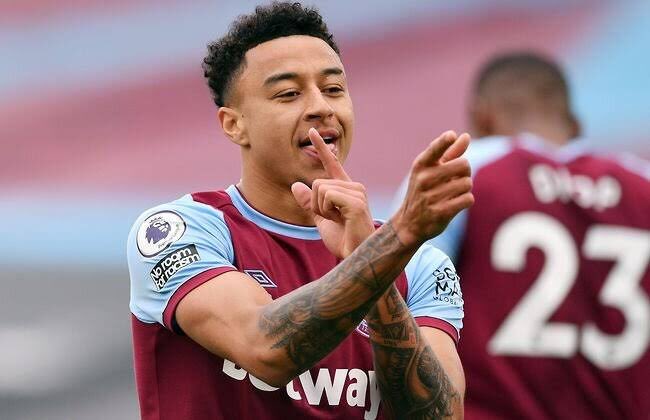 Lingard had not played a single minute of Premier League football in the colours of the Red Devils this season before signing for West Ham United on loan during the winter transfer window. He has been one of the standout players in the Premier League since signing for the Hammers on loan. The England international has nine goals and three assists since his move to West Ham United and only Kelechi Iheanacho of Leicester City can better that return. The Nigerian international has 11 goals and 2 assists since Lingard signed for the Hammers.

England player Lingard scored four goals in four games in the month of April to win the aforementioned award including his goal of the month strike at Wolverhampton Wanderers.

The Manchester United loanee bagged two goals in the 3-2 away win over Wolves. One of his two goals was given the best goal award in the Premier League for the month of April. He took the ball ten years into his own half before going on a solo run towards the Wolves goal. The England man then produced a good finish that Portugal international shot stopper Rui Patricio had no chance of saving in the Wolves goal.

Newcastle United manager Steve Bruce was named the Manager of the Month after he led the Magpies to an unbeaten run in April 2021. Newcastle United were facing a relegation battle before the former Birmingham City, Wigan Athletic and Aston Villa boss was able to steer the club towards safety with an unbeaten month