England midfielder James Maddison scored one of the two Leicester City goals as they secured a 2-2 draw with Southampton away from home. The one-cap England national team star scored the final goal of the game to make it two goals in as many games on the Premier League scene. 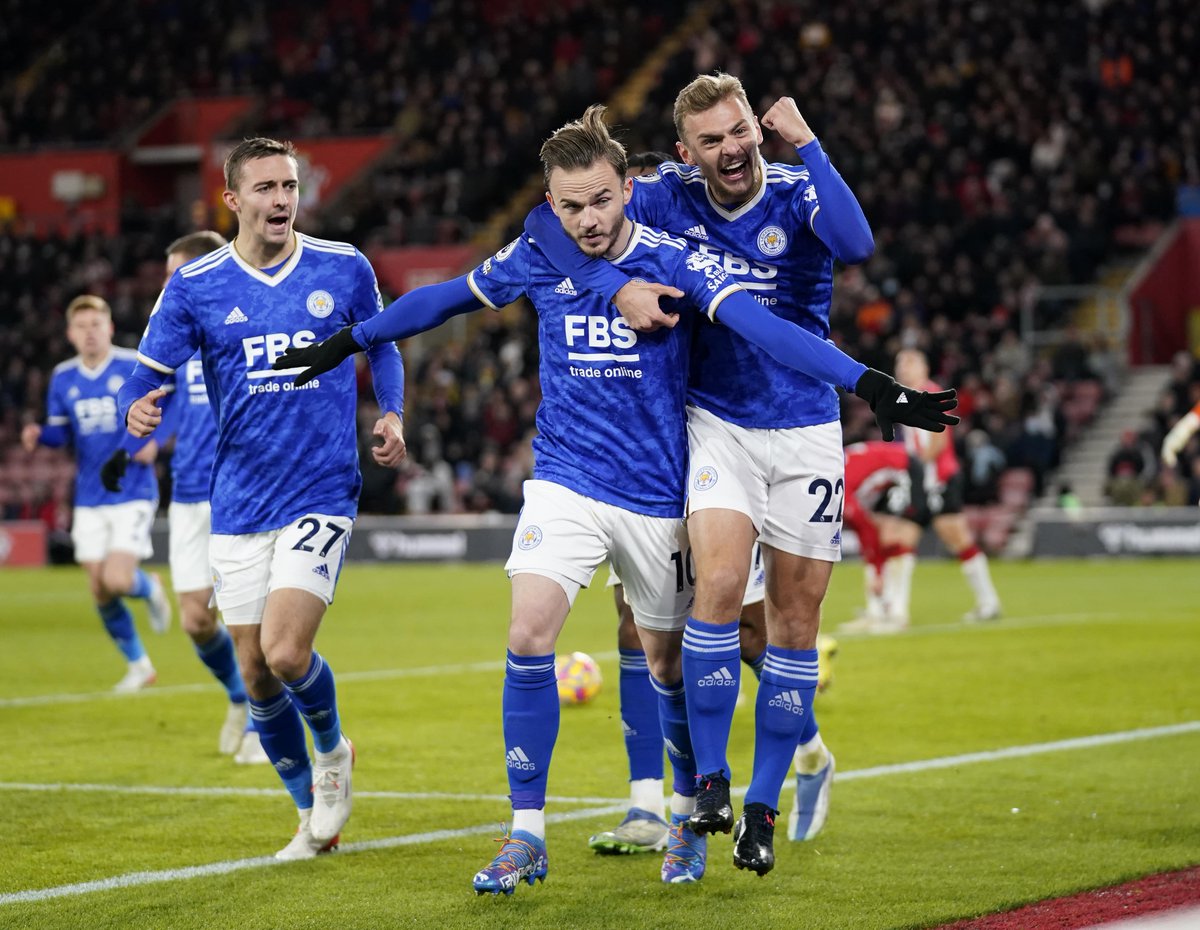 Hosts Southampton made a fast start with Polish centre back Jan Bednarekgetting the opener in the third minute. The Saints held on to the lead until midway into the half when Leicester City defender Jonny Evans levelled proceedings for his team.

Southampton then regained the lead through in-form Che Adams on 34 minutes. The Scotland international was able to
make it three goals in his last five league games with the second Southampton goal. The strikes from Bednarek and Adams ensured that the Saints led 2-1 at the half-time break. Leicester City were second best for the majority of the first half and Southampton were good value for their lead.

Leicester City started the second half like a team on a mission to salvage the game and they got their reward with a good goal from England player Maddison four minutes after restart. Maddison was able to score his third league goal this season.

England midfielder Maddison has three goals and two assists in 14 Premier League matches this season. In total, he has four goals and four assists in 20 games in all competitions.

FA Cup champions Leicester City fought for the top four places in the last two seasons under manager Brendan Rodgers, but they have not hit those heights this season.

Leicester City have already lost five times in 14 games to show that they are struggling to mount a serious challenge for a top-four place with the likes of West Ham United, Tottenham Hotspur, Manchester United and Arsenal.