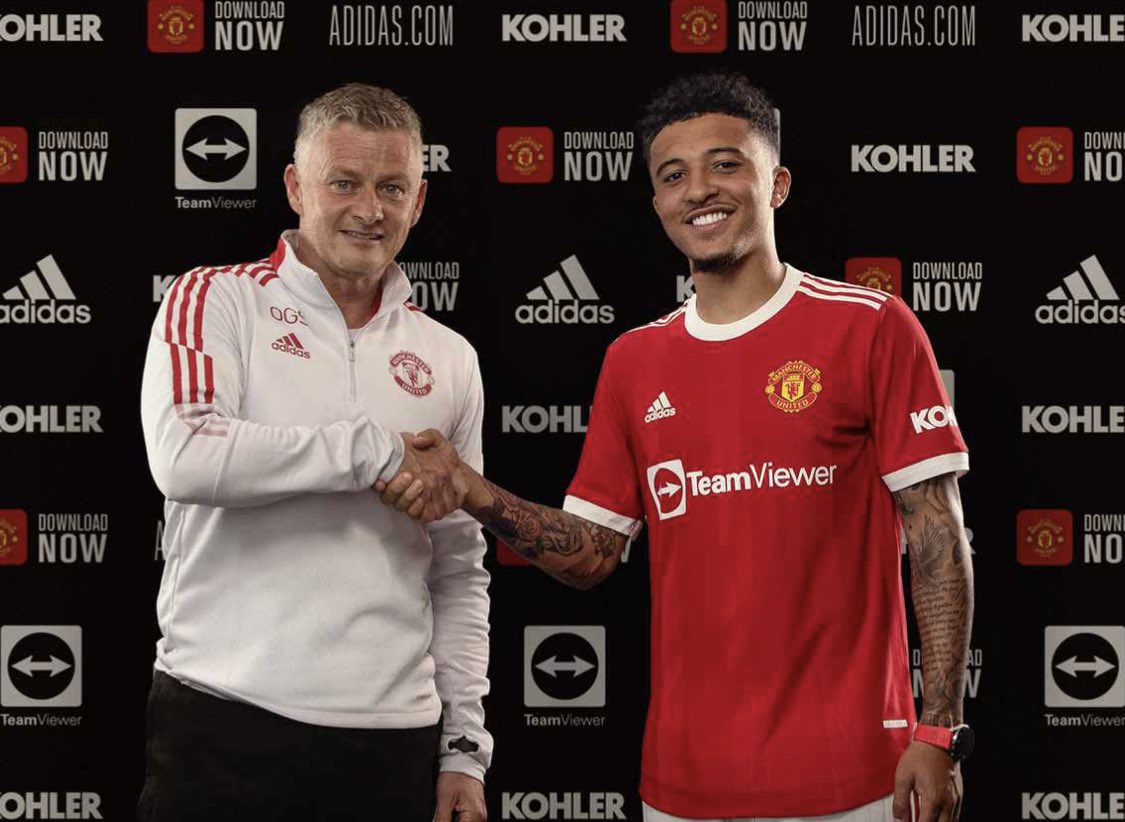 There had been speculation that the England player would be handed the iconic number 7 jersey at the Theatre of Dreams once his transfer has been confirmed, but Sancho will wear number 25 instead. Uruguayan international EdinsonCavani will retain the number 7 shirt.

Manchester United agreed a £73m ($100m/€85m) deal with Borussia Dortmund for England winger Sancho on July 1 and the former Manchester City youngster had his medical ten days ago at the club's Carrington training ground and the official announcement was delayedfor several days because of a minor issue with his agent.

In his first interview as a Manchester United player, Sancho expressed confidence that a young and vibrant team could finally give the Red Devils fans the success they crave. The England international says he can't wait to get started in the Premier League.

Sancho was formerly on the payroll at city rivals Manchester City before he opted to leave for German football due to lack of first team opportunities under Pep Guardiola. He moved from Manchester City to Borussia Dortmund in the summer of 2017. The young Englishman went on to become a key player for Dortmund. He spent four seasons at the SignaIduna Park, winning the German Cup in his last season. Sancho was an important player for Dortmund on the way to German Cup title.