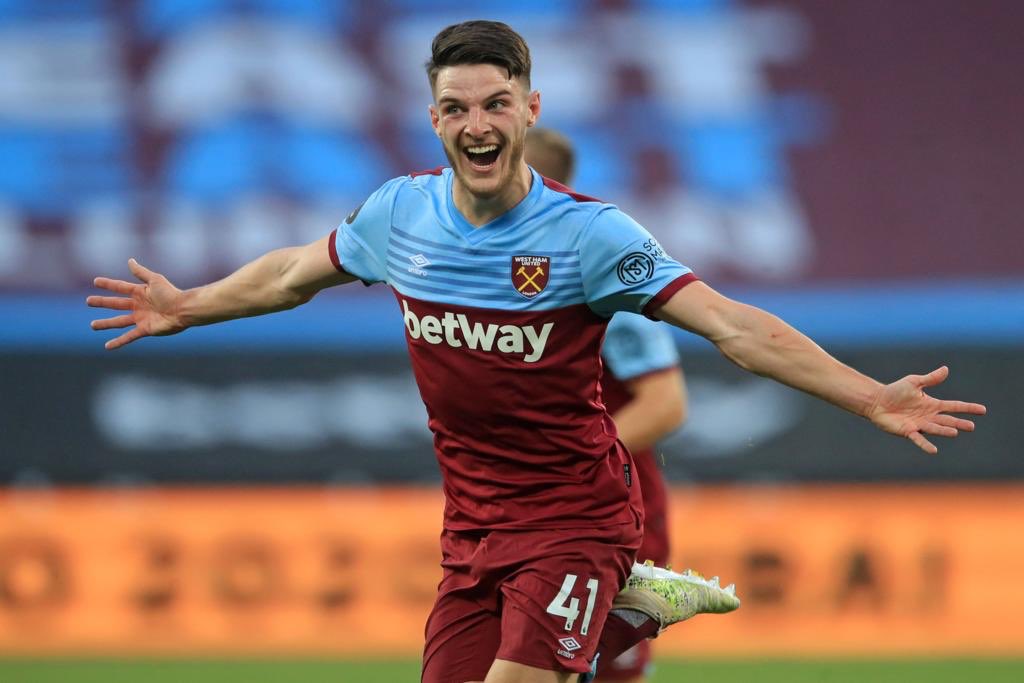 The midfielder was initially part of the Chelsea Academy for several years before moving to West Ham in 2014. Since then, he has rapidly progressed through various levels of the West Ham youth setup to make his professional debut for the club in 2015.

Rice has come a long way since then and he had made the decision to appear for England in 2019. This was a surprise decision considering that Rice had featured for the Republic of Ireland due to his ancestral right. Rice had been representing Ireland from under 16 to under 21 level. His decision to switch to England for the senior setup came as a shock, but the Three Lions were able to accept the player with open arms considering his quality. Mark Noble, who is himself the captain of West Ham, says that Rice has all the capabilities of being able to captain the national team one day.
It is also not a surprise that clubs like Manchester United and Chelsea are linked with making a move for the midfielder. West Ham have put a price of £ 80 million on his signature.“With Dec I don’t have to say too much. He’s such a great kid, got a great family, he’s a top, top player.There are two or three things that I’ve been on him about in the last two seasons to change in what he does.I do believe that if he progresses then he’ll captain England one day. That’s the sort of player he is.He’s such a level-headed kid. You’ve got to remember he’s still only 21,” said Noble.