England international winger Jadon Sancho was on target for Manchester United again in pre-season as his team lost a two-goal lead to play a 2-2 draw with Aston Villa in an all-Premier League affair. The former Manchester City and Borussia Dortmund star has been in very good form for the Red Devils this summer after netting twice in the first three matches in pre-season this summer. 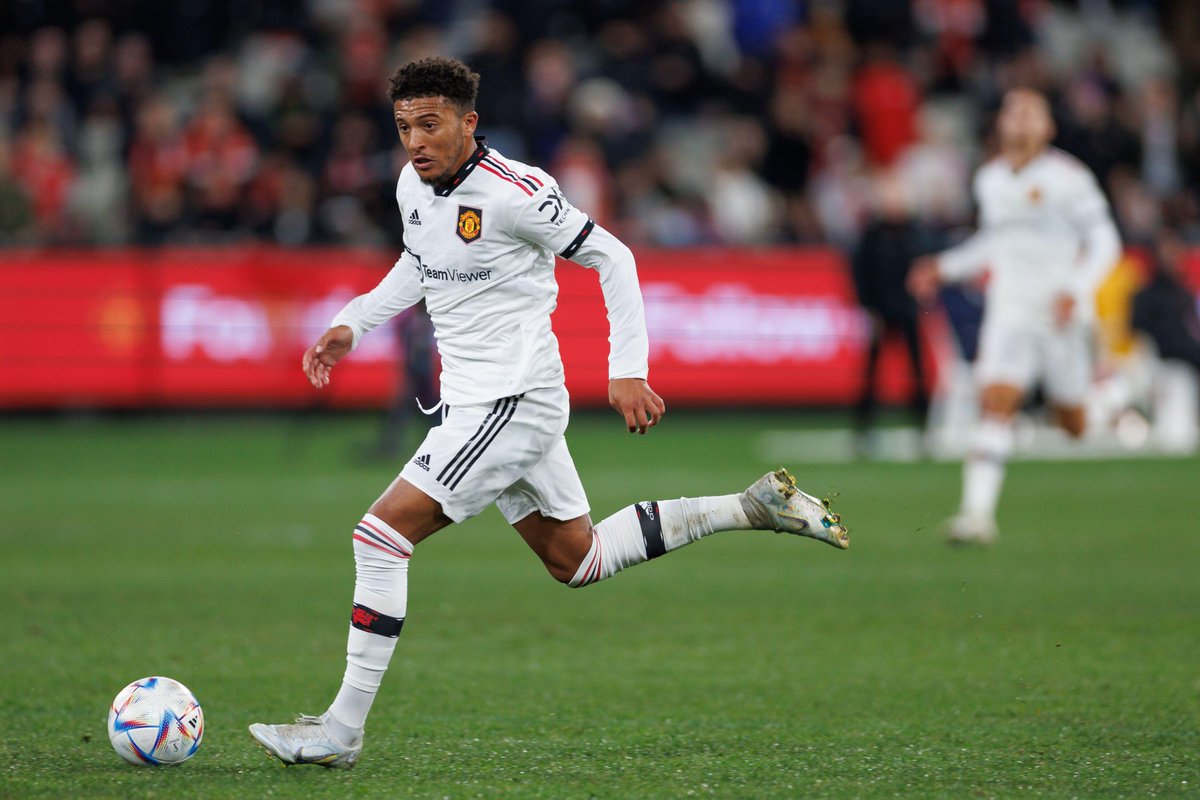 Sancho and Manchester United came into the Villa game with a record of three wins from three friendly games this summer. However, they were unable to make it four wins from four friendly games due to the draw with Villa.

Manchester United were given the lead against Aston Villa by England international Sancho on 25 minutes before Polish international Matty Cash was forced into an own goal three minutes from the half-time break to double the lead for the Red Devils. The goal from Sancho and the own goal from Cash ensured that Manchester United took a two-nil lead into the half-time interval.

Aston Villa were a beaten team at the end of the first half, but they showed character to salvage a draw from the game with two second half goals. Jamaican national team star Leon Bailey pulled one back for Villa four minutes into the second half before England defender Calum Chambers salvaged a draw for his team with the second Villa goal in stoppage time.

Manchester United capitulated in the second halfand it's strange for the team in pre-season friendlies this summer. They had won all their three games before the clash with Villa. The three-time European champions thumped arch rivals Liverpool 4-0 and then come from behind to beat Australian team Melbourne Victory 4-1. Their last game before the Villa encounter this weekend ended in a 3-1 victory over Crystal Palace.