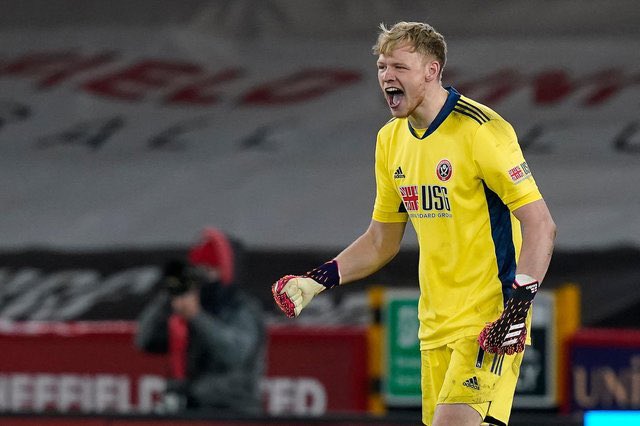 Arsenal are likely to sign a new goalkeeper this summer with current first choice Bernd Leno keen to move on after three years at the Emirates Stadium. German international Leno is said to have informed club officials that this summer might be the right time to move on to sign for another team. It has been reported that the Gunners have identified Ramsdale as one of the goalkeeping options that could replace Leno for the long term.

The Gunners have been linked with a lot of players this summer including goalkeepers. Apart from England national team shot stopper Ramsdale, Arsenal have also been linked with Ajax Amsterdam shot stopper Andre Onana. Onana is currently banned from football-related activities after testing positive to a banned substance unintentionally.

Onana was banned for one year in February as a result of the incident but it has been reduced to eight months upon his appeal at the Court of Arbitration for Sports (CAS) thus paving the way for Arsenal to sign him. It had earlier been reported that the Gunners will spend around €7m on the Cameroon national team goalkeeper if his ban was reduced as he would be able to play again in November and train two months before resumption. He has one year left on his contract at Ajax Amsterdam. The Gunners would have paid €2m for him if his ban was not overturned.

For the goalkeeping position, Mat Ryan is also an option as the Australian international will become a free agent this summer. Ryan spent the second half of the last season on loan at Arsenal and was the back-up goalkeeper to German international Leno.