Aston Villa striker Ollie Watkins has been called up for England senior national team duty for the first time in his career and he's on course to make his debut when England host lowly San Marino at the Wembley Stadium later this week. England are overwhelming favourites to start their World Cup 2022 qualifiers with a win at home to the minnows even if they rest their key players. 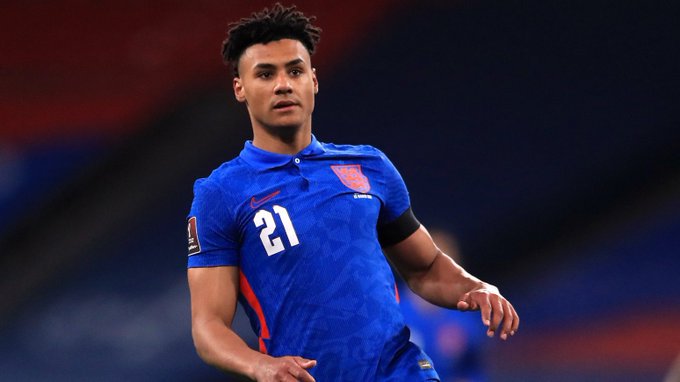 Tottenham Hotspur hitman Harry Kane is the England skipper and the main man in attack. With two games still to play after the San Marino game, England manager Gareth Southgate will rest Kane for the San Marino clash thus paving the way for Ollie Watkins to make his England debut after his good season with Aston Villa in the league. Southgate has the option of starting Watkins or Everton striker Dominic Calvert-Lewin in attack or both for the game against San Marino.

Ollie Watkins has done well for himself after working his way up to the Premier League from the lower leagues and he has ten goals in the league this season. His finest moment in the Premier League this season has to be when he notched a treble at home to champions Liverpool. Watkins scored three goals as Aston Villa demolished Premier League holders Liverpool 7-2 in a league game played in the opening weeks of the season. While announcing his latest squad for the San Marino, Albania and Poland games, England manager Gareth Southgate lauded the central striker display of Ollie Watkins at Aston Villa this season and that it gave him the edge over Leeds United striker Patrick Bamford in the race to make the latest England squad.

Ollie Watkins has been given the opportunity to shine mainly due to the injuries to the likes of Southampton striker Danny Ings, Chelsea star Tammy Abraham and Newcastle United player Callum Wilson. Watkins will have to take his opportunity when he makes his debut as expected against San Marino tomorrow night.